So anyone who follows this blog regularly will recognise the fabric for this top from my Flora dress.  I loved the weight and pattern of this fabric and had about a metre left over after making my dress so decided to turn it into a top.

I used McCalls M6604 which had been a Christmas gift.  It looked like a really cute pattern which I could use to make some  simple woven tops and view C only took a metre of fabric (I had stashbuster bells going off in my head).  It is a simple t-shirt with some pleat detail across the bust which I thought would be cute and take it out of the realms of just a boring t-shirt and that hopefully could later be made up in some plain fabrics.

This version was supposed to be a little short sleeved t-shirt but somehow in the sewing process my sleeve pieces disappeared (does this happen to anyone else or is it just me sewing in chaos?) So I used some bias binding to hem the arm holes, which actually makes it better for the current heat wave we're having in London. 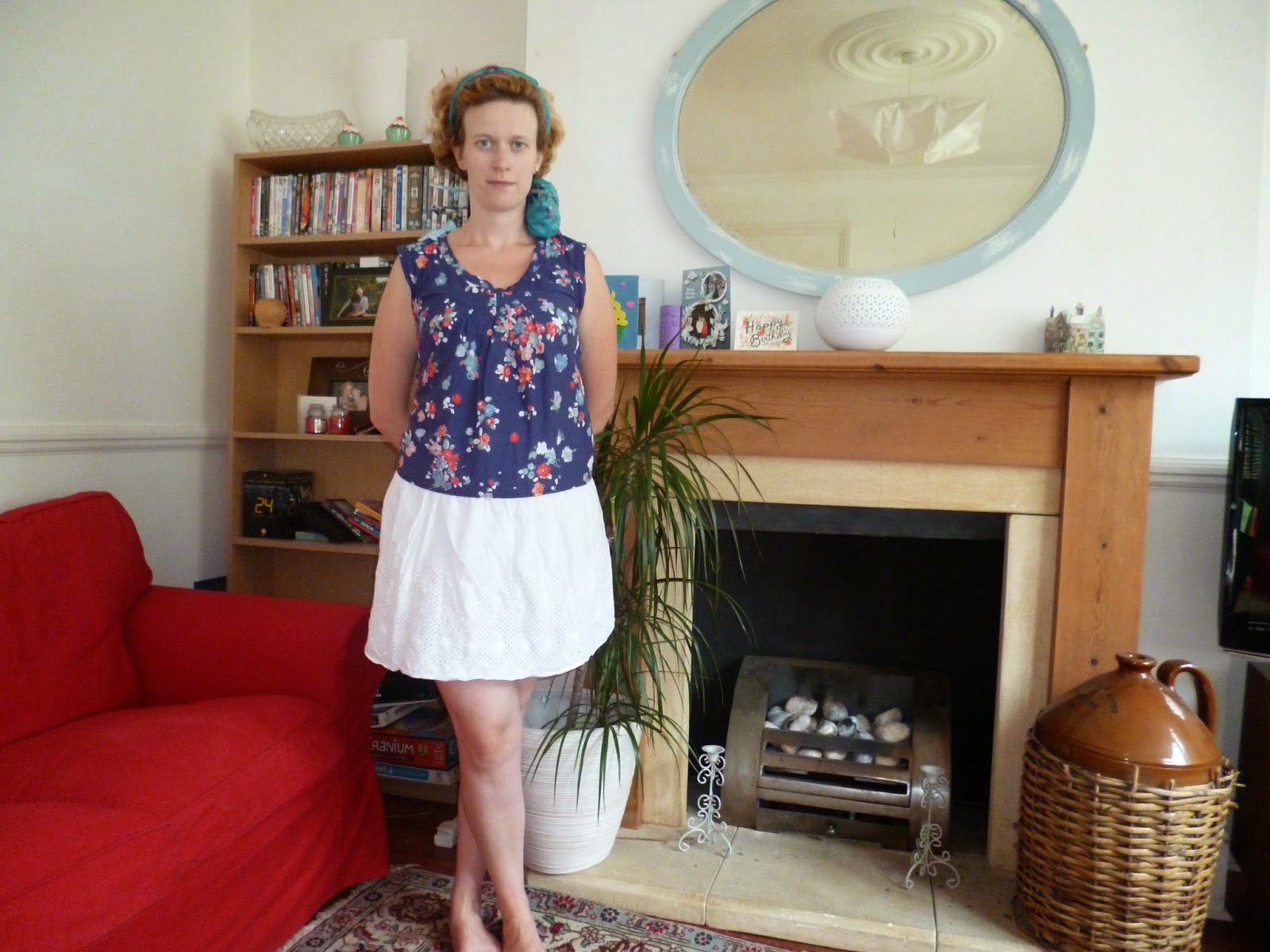 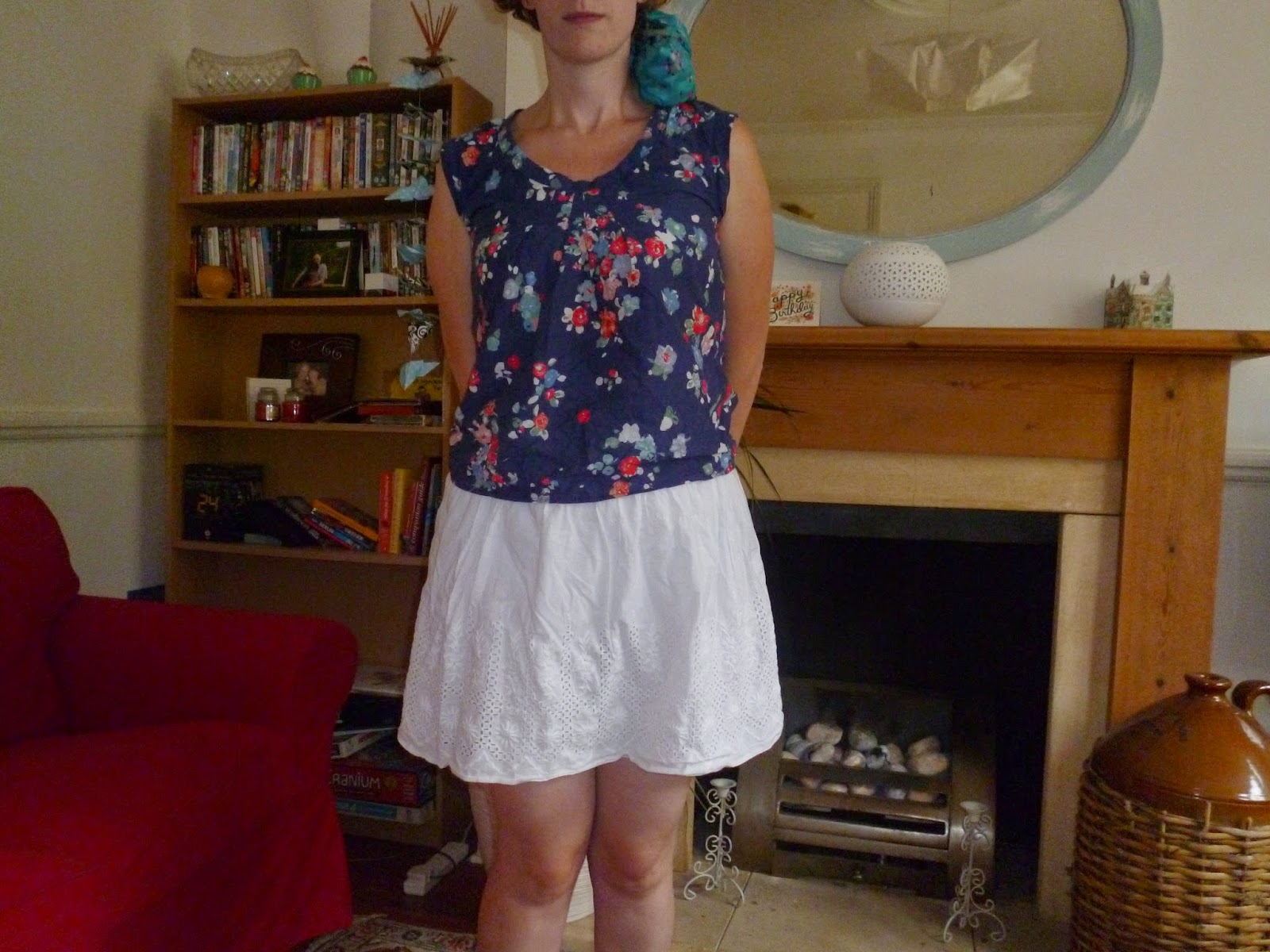 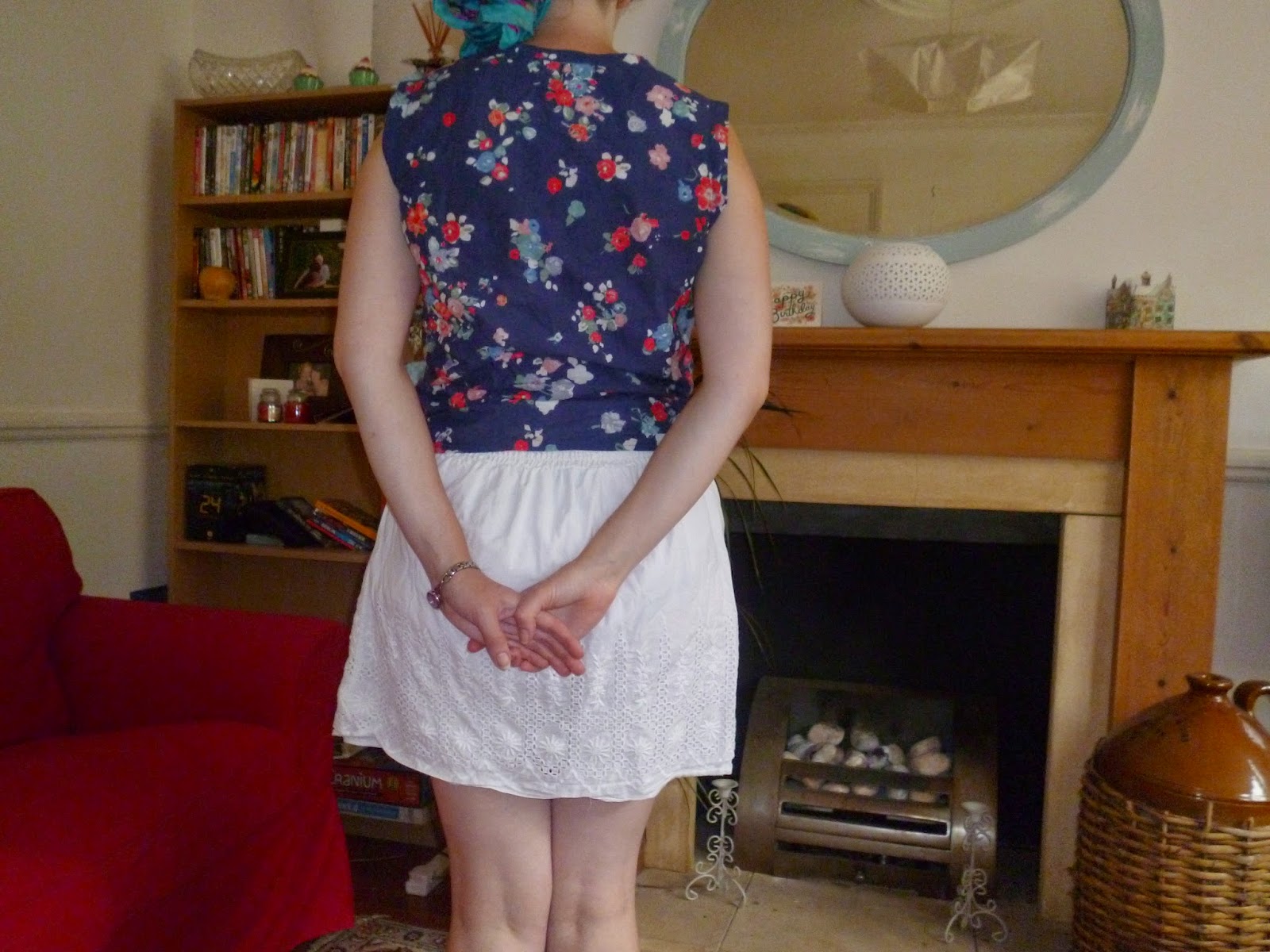 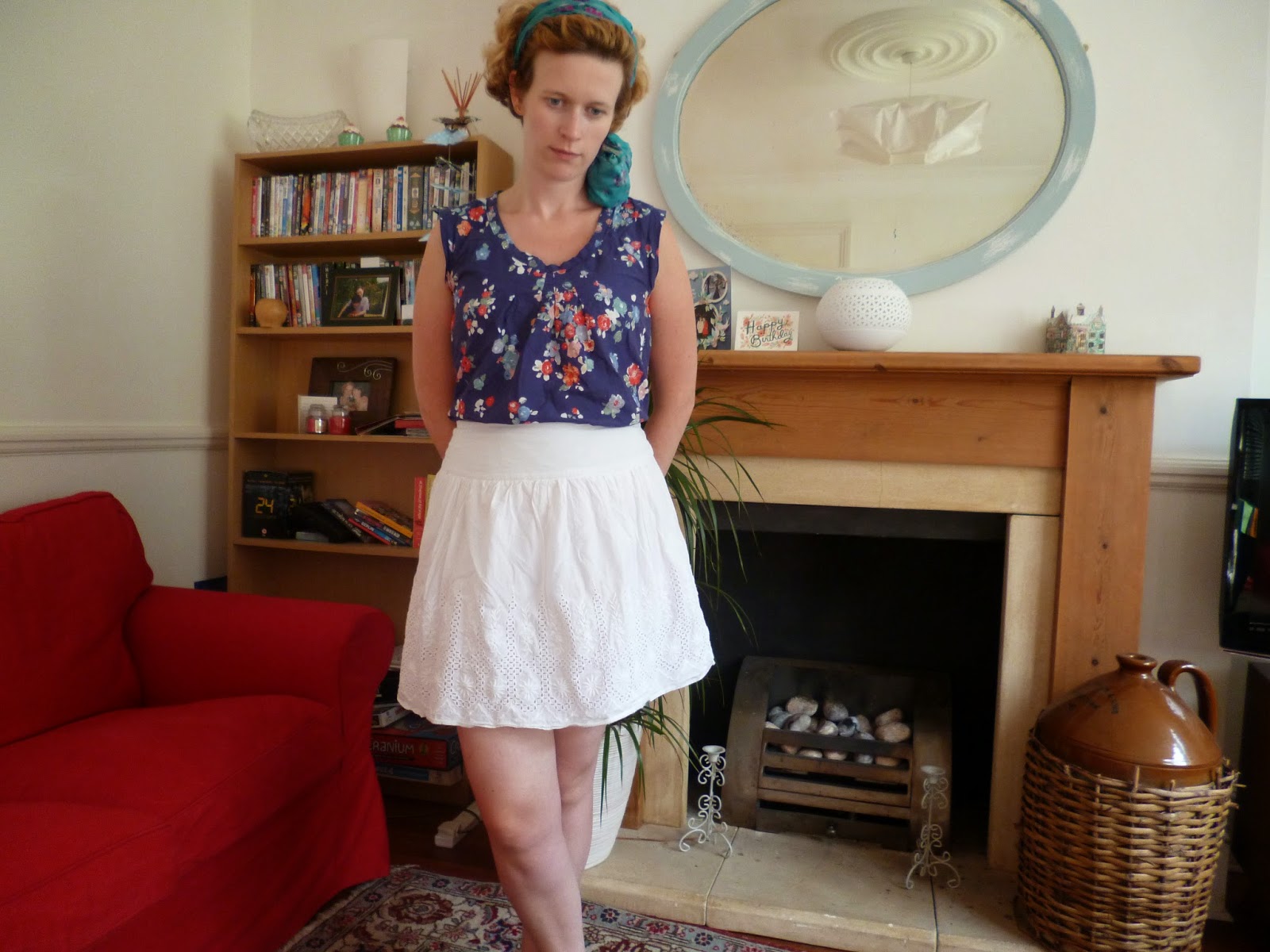 Looking at these photos, you might think this top is fulfilling its brief.  However I had several issues during the construction of this top.  The neckband piece is clearly too long for the neck and for it to lay flat.  Having attempted to sew it together twice and had issues both times, I hacked about 1.5cm (maybe 2) off the length and then tried again and suddenly had a functioning neckline.  I'm not going to lie, there is still some waviness and excess going on in the neckline but I think only I notice this and NO WAY was I about to attempt this a third time!

However having worn this a few times it really is not doing what I want it to.  It feels awkward, too tight across the bust (although there is excess fabric there) and generally is just making me a bit cross.  Part of this feeling is over the time it took to get something wearable when this should have been a really simple make and the rest is annoyance that this top is not fulfilling its brief and to make it worse I already cut and started making a second version before realising these things about it!  I will probably go on wearing this version as I'm so in love with the fabric and feel I can just about carry it off.  The second version has been relegated to the scrap/refashion pile already which is frustrating as it was not a cheap fabric.

However I'm still in the market for a good woven top pattern.  I'm currently eyeing up Sewaholic's Belcarra blouse and grainline's scout tee.  Anyone have any advice on these or recommendations for other good patterns?
at 10:20
Email ThisBlogThis!Share to TwitterShare to FacebookShare to Pinterest