A little bit of selfless sewing

So usually I am a selfish sewist and do not sew things for other people. However my father turned 75 a couple of weeks ago (happy birthday daddy) and I decided that I wanted to make something for him to mark the occasion. 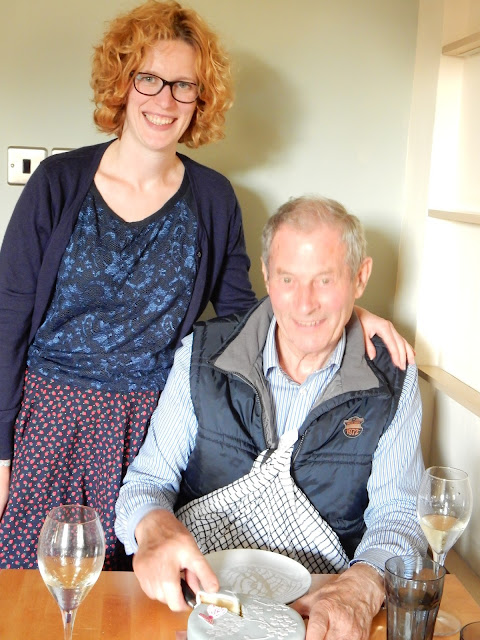 I'd spotted this quilt tutorial on Purl Soho and thought that it was so pretty and hopefully wouldn't take too long to make. In the interests of full disclosure I did not use lots of Liberty fabrics-the blue one is a length of Liberty fabric that I bought especially for this quilt but the others are scraps I had left over from dressmaking projects. I feel that this embraces the ethos of quilt making a bit better than buying lots especially for a quilt.  In particular, I was able to use scraps of the parrot fabric from my Flora dress in the 'best fabric ever', that had been a present from my Dad.  I thought this was a nice touch for a gift. 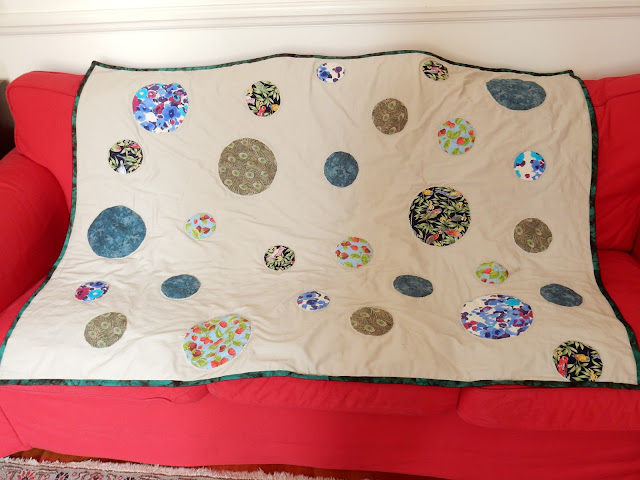 I made my quilt bigger than the original pattern as, although I didn't want this to be a full size quilt, I did want it to be large enough to act as a throw on a three seater sofa, as this is what my Dad has in his living room.  I bought the fabric for the top and bottom at Simply Fabrics in Brixton.  It's a fairly hefty cotton which I bought because it was exactly the oatmeal colour I wanted, however it did have a bit of stretch to it which was not ideal.  I bought this gorgeous wadding from plush addict, it's an iron-on wadding which I had never seen before and thought was really clever. It's nice to have that extra security as you stitch together all the layers.  The bias binding I made from some African print cotton in my stash. 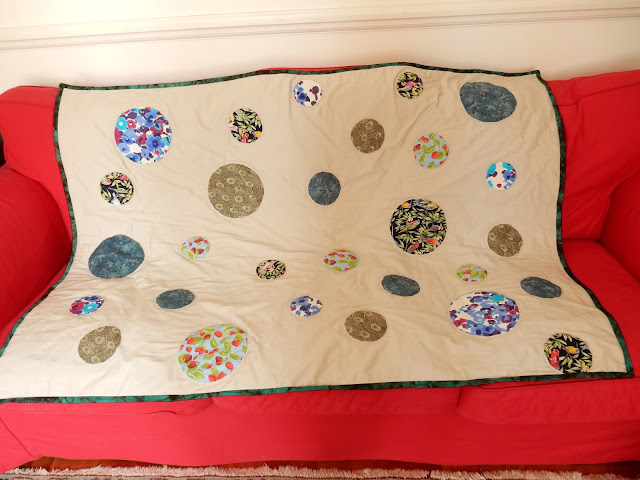 This was the first ever quilt I have ever finished, although I've started several (you should hear my sister on the subject, she's still waiting for one I promised her for her birthday 3 years ago!)  This quilt is obviously not a traditional pieced quilt  and there is a lot of hand stitching involved which I actually quite enjoyed, even though I really dislike hand stitching my dress making projects.  Even with all the hand sewing, it's still a relatively quick make. I started it towards the end of April and it was finished at the beginning of June. I'd say just over a month to complete a quilt is pretty good going, especially as I had a bunch of other projects on the go at the same time. 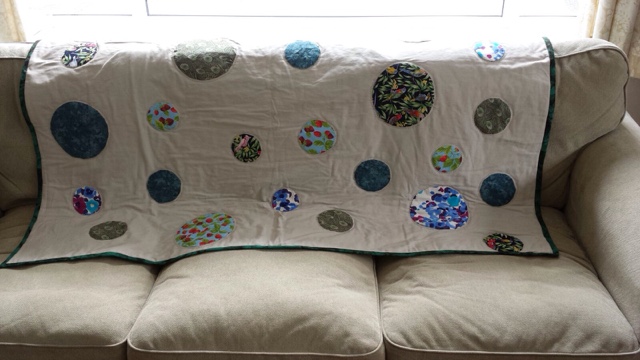 The Purl Soho instructions are great and I learnt some new tips which I would never have thought of.  For example they have you sew the circles, right sides together with interfacing, essentially creating a bag with the interfacing and then turning them out before appliqueing to the quilt top.  It gave a really clean edge to the circles which I know I wouldn't have got had I just tried to turn the edges under before appliqueing.  They also direct you to tutorials for binding the quilt, which I found really helpful, since never having actually completed a quilt before, I hadn't done this step before.  Actually it was simpler than I expected.  The binding looks neat and 3 of the corners are pretty perfect, with just one being slightly wonky. 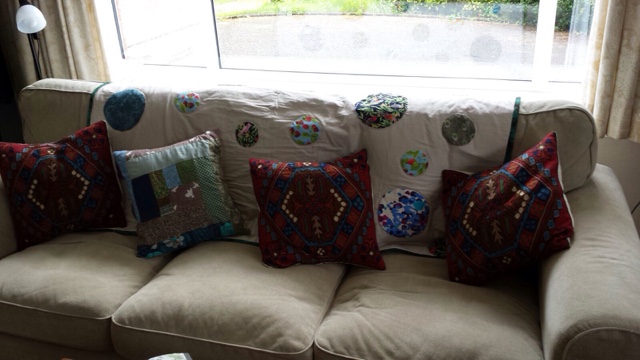 A final shot of the quilt in its new home.  The patchwork cushion was another present that I made for my Dad on a previous birthday.

I really like this quilt and now I want one for myself. I feel like it has a great impact while not involving as much work as other quilts.  It may be time to get stitching again!  Does anyone have any recommendations of any other speedy quilts?