I'm squeezing in another vintage make before the end of the year.  I've been really enjoying making clothes from vintage patterns this year and this is now my eighth vintage make of 2016.  I've far outstripped my pledge. 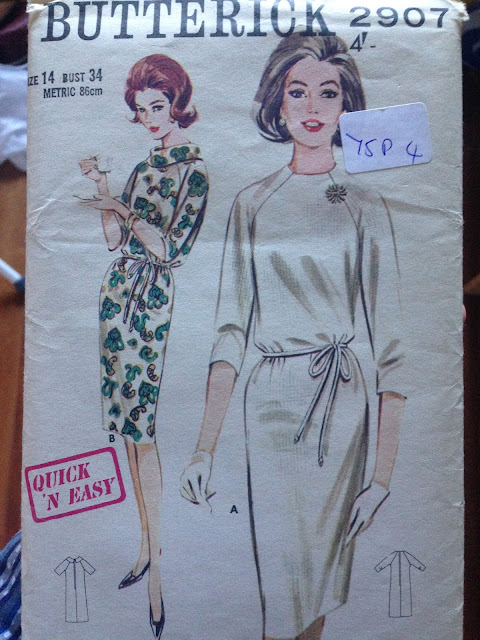 I bought the pattern in a charity shop earlier in the year and the price of 75p is still attached.  However, I've forgotten where I picked it up.  It's an unusual pattern, the Wikia entry tells me its from the early 1960s. This means that in addition to sewing up 8 of my vintage patterns, I have also covered three decades with these patterns.  This was my only pattern from the 60s, one was from the 80s and the rest were from my beloved 70s. 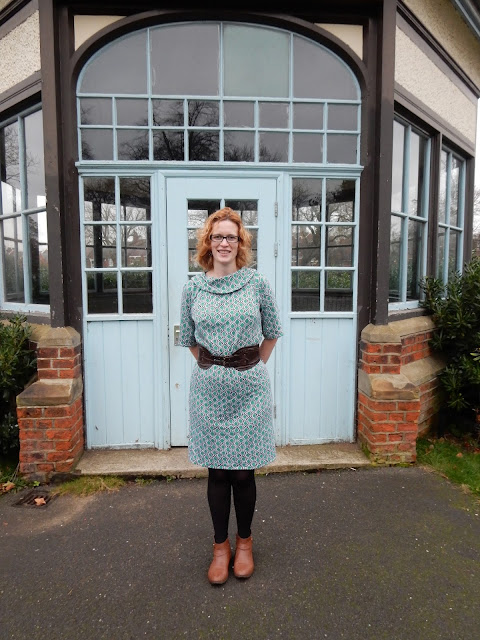 The pattern is meant for knit fabrics and is the oldest knit fabric pattern that I've ever seen.  However.I found some of the construction details a little odd, as it uses darts and facings and suggests a zipper closure in the back.  This maybe because I've previously only used more modern knit patterns.  I was wondering if it was because knit fabrics were relatively new back in the early 60s so the patterns were still adapting to the qualities of the fabric?  Let me know if you know better. 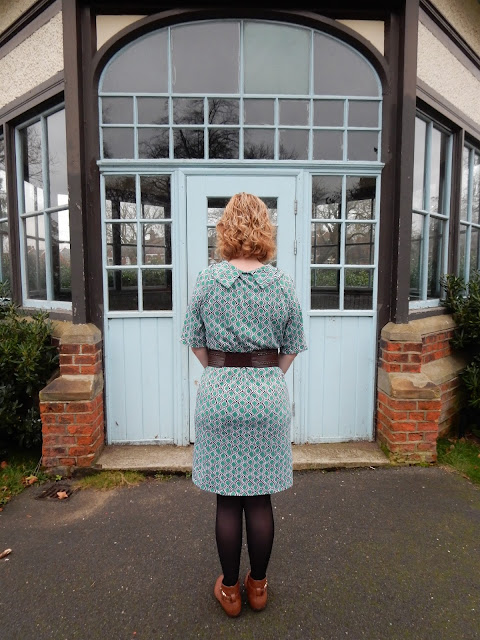 I used this cotton jersey from girl charlee and made up view B, with the fabulous cowl collar.  And I've only just realised that I've made up a very similar dress to the pattern art version, although I've got squares rather than flowers.  I mainly followed the instructions, although I omitted the zipper as the dress was roomy enough and had enough stretch to pull over my head.  There are no instructions about using zigzag stitches or adapting to the knit fabric in any way.  I don't know if this is because they assumed we knew to do this or because people didn't adapt to knits in the same way in the 1960s.  Anyway I treated it a bit like a woven, since I figured it wasn't going to be stretching much and so just used straight stitches.  I've worn this a lot since I made it and so far no stitches have popped out so hopefully this was an ok decision. 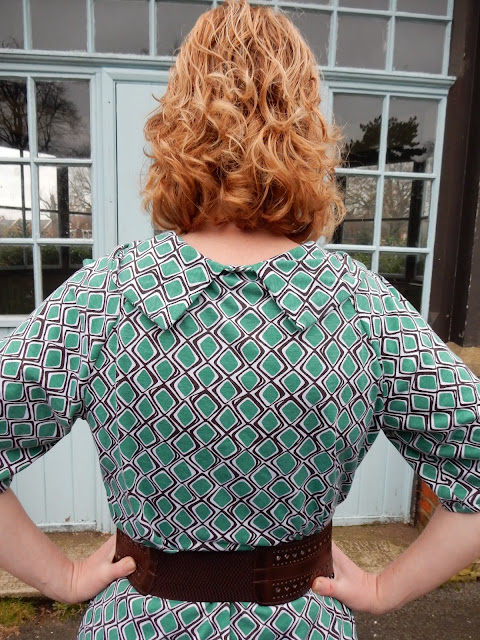 The dress is a little big on top, although it fits great on the bottom.  I guess that's the curse of one size patterns (and lazy people who avoid making adjustments where possible) but it's not too much of an issue and I quite like the slightly blousey effect when it's worn with a belt, which I always plan on doing as the total lack of waist is not a look I go for. 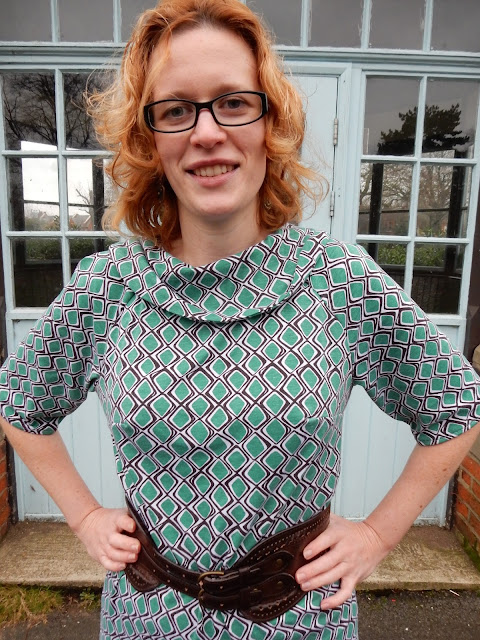 I love the collar on this dress. My favourite 70s patterns all have big collar details, maybe that's what drew me to this 1960s pattern.  I think this may be my favourite vintage pattern make of the year!