Starting to feel a bit put together

Today I have another double act for you, however this one worked out just as I planned. Another pair of Sew over it ultimate trousers and a Schnittchen patterns Coco jacket. The jacket was a new make for me and it was good to push myself out of my comfort zone. 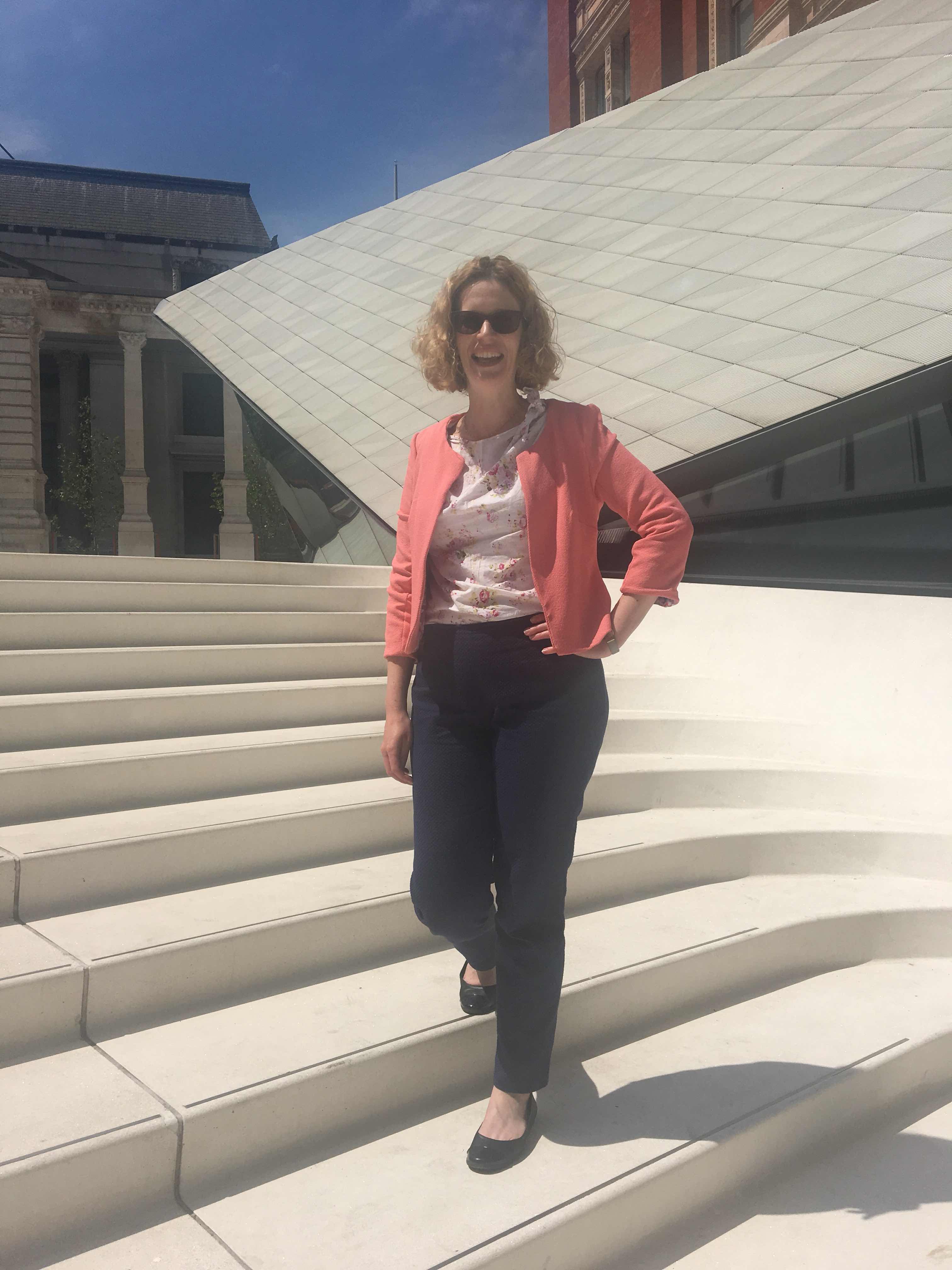 I’ve made at least 5 pairs of ultimate trousers and I love them but I don’t have a lot to say at this point about the construction. This pair were made in a textured cotton from Simply fabrics in Brixton. I spotted it on my last visit there and fell in love instantly, I had it made up into these trousers within days. 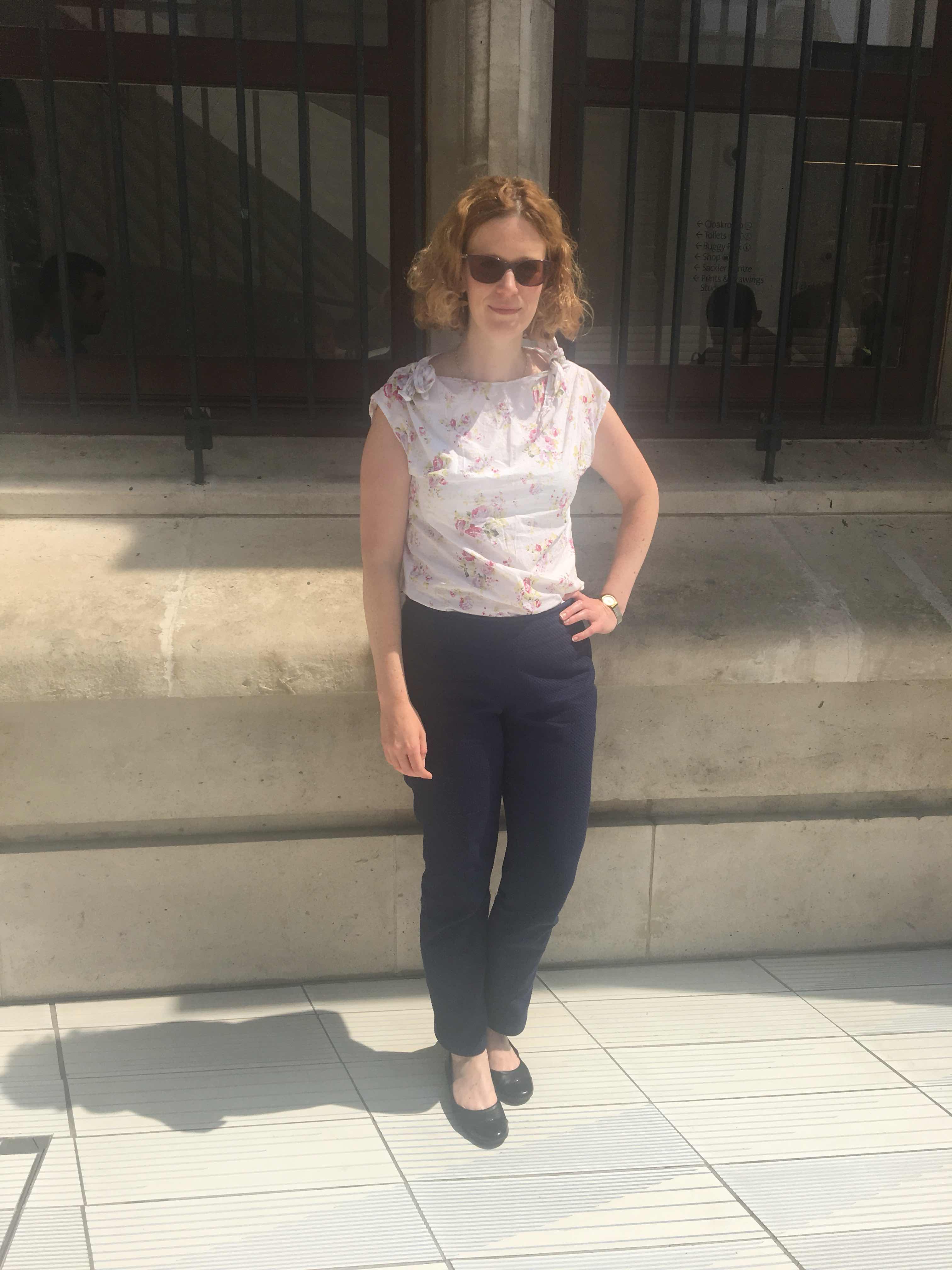 Before I launch into a critique of my new jacket, I should say that it was always meant to be a wearable muslin and as that I think it’s pretty good. 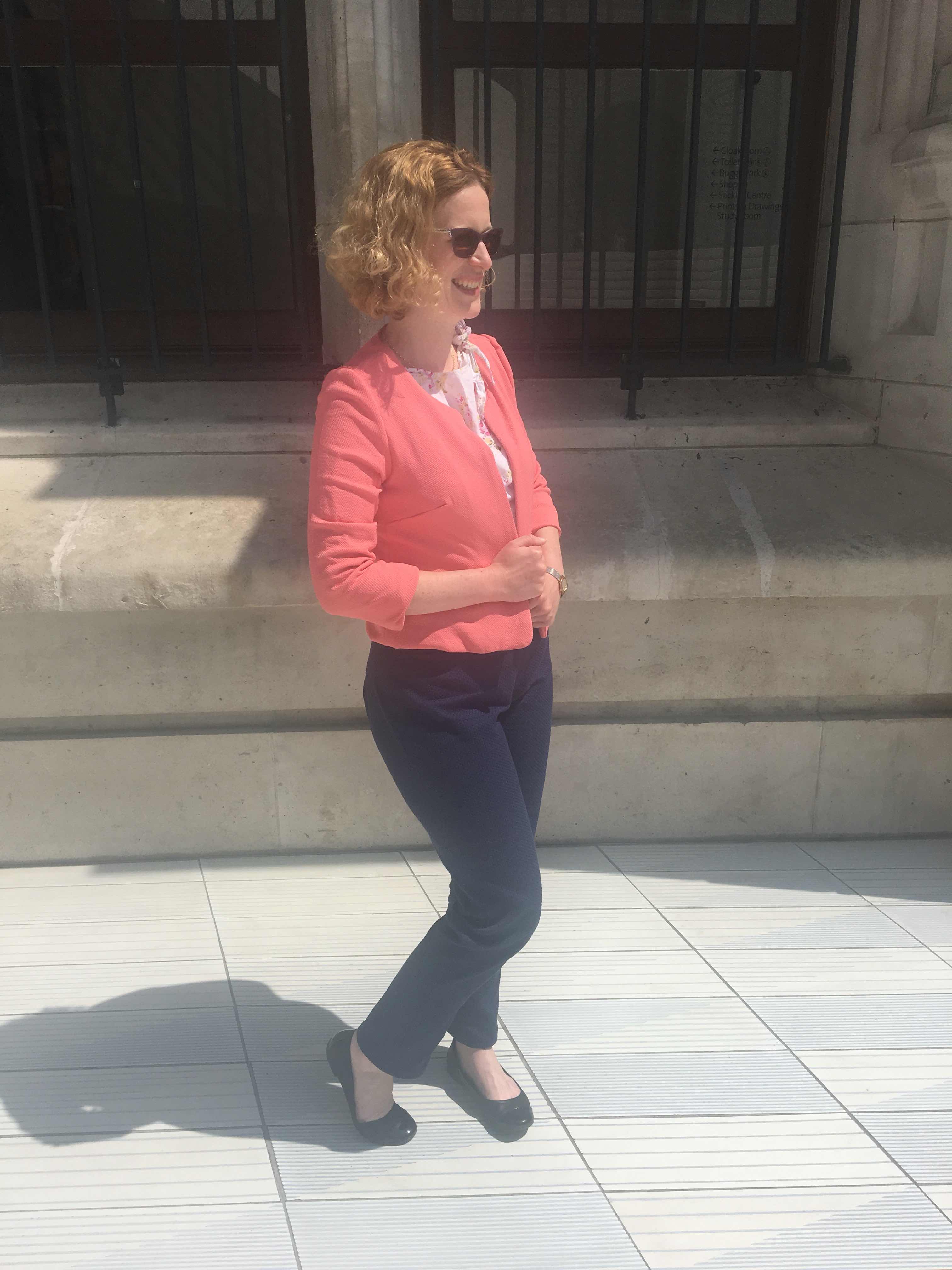 I’ve had this pattern in my stash for years! I won it as part of a monthly stitch competition at one point and never got round to making it. I’ve always had a cardigans and jackets gap in my wardrobe and really wanted a jacket in this style but it just felt like it was going to be too difficult. 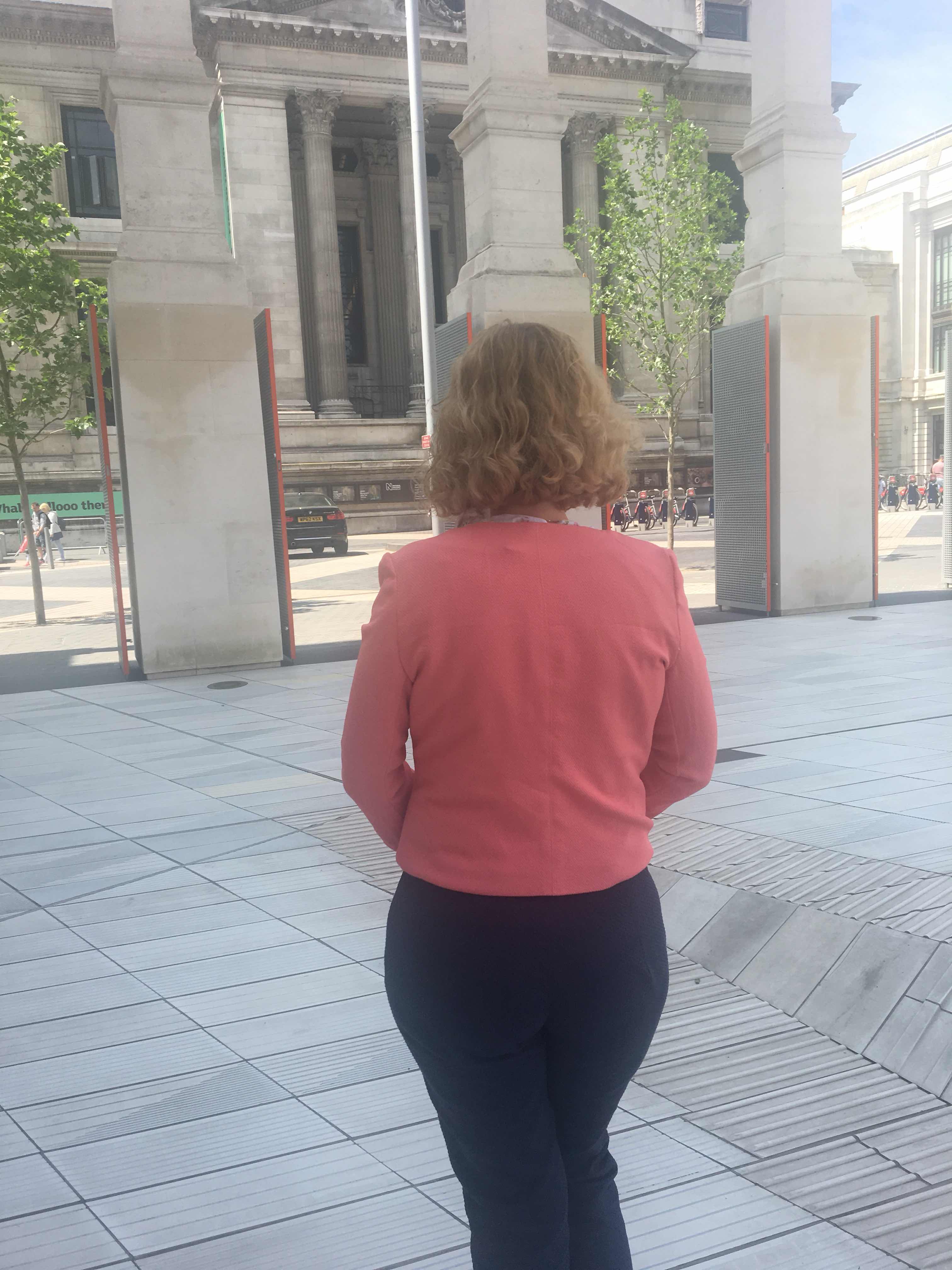 However I recently managed to psych myself up to just do it! I decided to use 2 fabrics from my stash that I wasn’t too precious about as a way to not get too uptight about how to make it perfect. I think I received the pattern before they had English instructions, either way there were no instructions with the pattern so I was reliant the tutorial on the blog.  Most of the construction was fairly straightforward but I struggled with attaching the lining around the back hem and it keeps rolling out of the sleeves (although this may be because of the outer fabric). 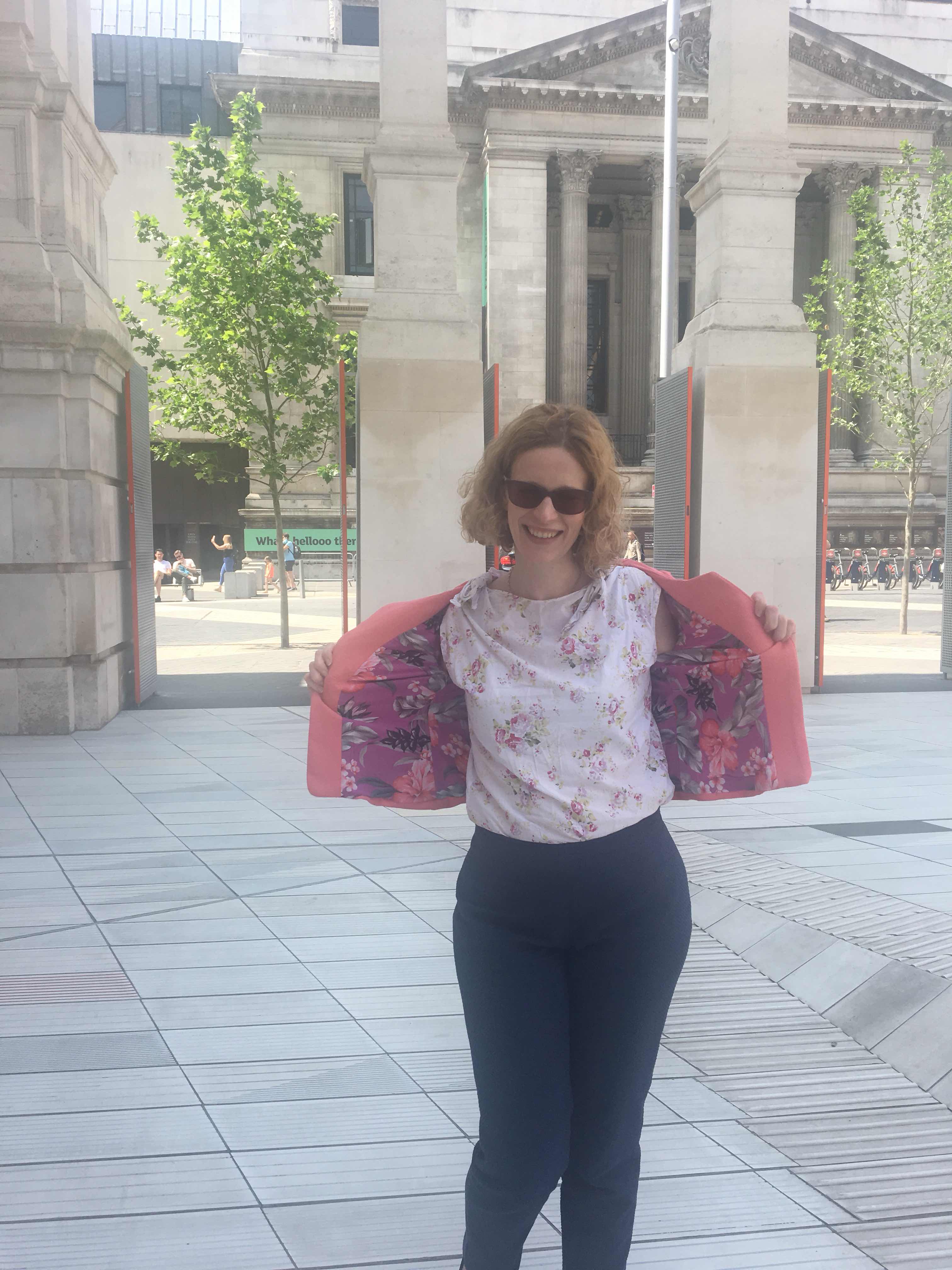 I didn’t make any alterations to the pattern and made it up as instructed.  For the most part, it fits really well but the arms are too tight.  I'd seen other people on the blogosphere commenting on this but decided to give it a go, as drafted, for this wearable muslin.  I really like this jacket but it's unlikely to last me more than a season, the outer fabric is a cheap polyester, that I bought on Walthamstow market and used some of for the lining of this coat and the lining is a viscose from Minerva crafts that I bought on sale and then thought was a bit garish for a dress. 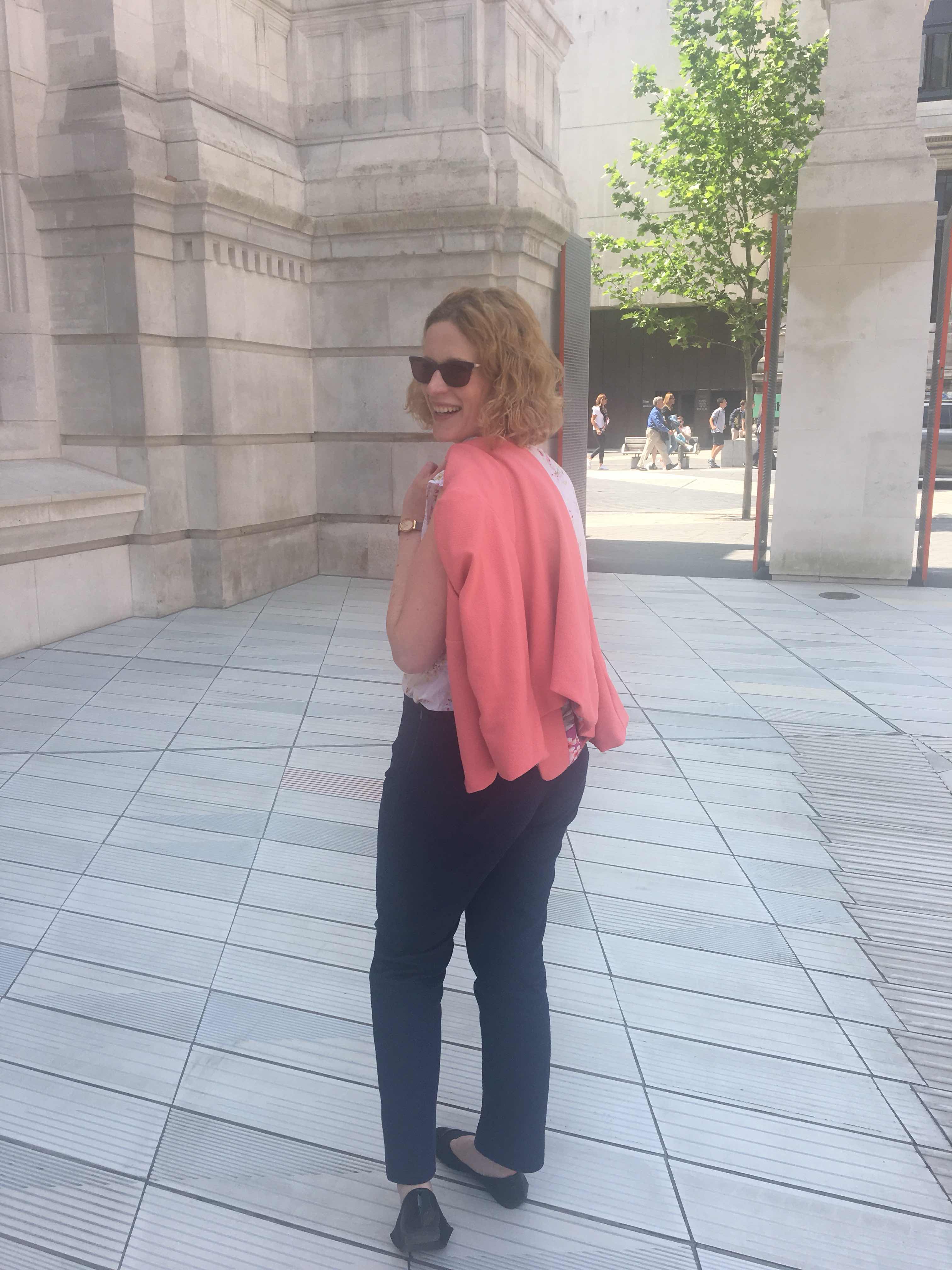 Despite the flaws, I love this outfit it makes me feel really put together.  I have worn the jacket with almost everything since it was finished and definitely need to make another one.  I've already bought some fabric, anyone want to take bets on how long it takes me to get around to actioning this?
at 11:01
Email ThisBlogThis!Share to TwitterShare to FacebookShare to Pinterest
Labels: chanel jacket, coco jacket, handmade wardrobe, schnittchen patterns, Sew Over It, ultimate trousers