I've been a little bit absent over the last couple of weeks, partly because I'm struggling to get decent daylight to take photos in and partly because my sewing machine is out of action (again!)

However in lieu of a new make, I have a Christmas refashion-make to share.  For Christmas all of my family got a pair of slippers in their stockings. 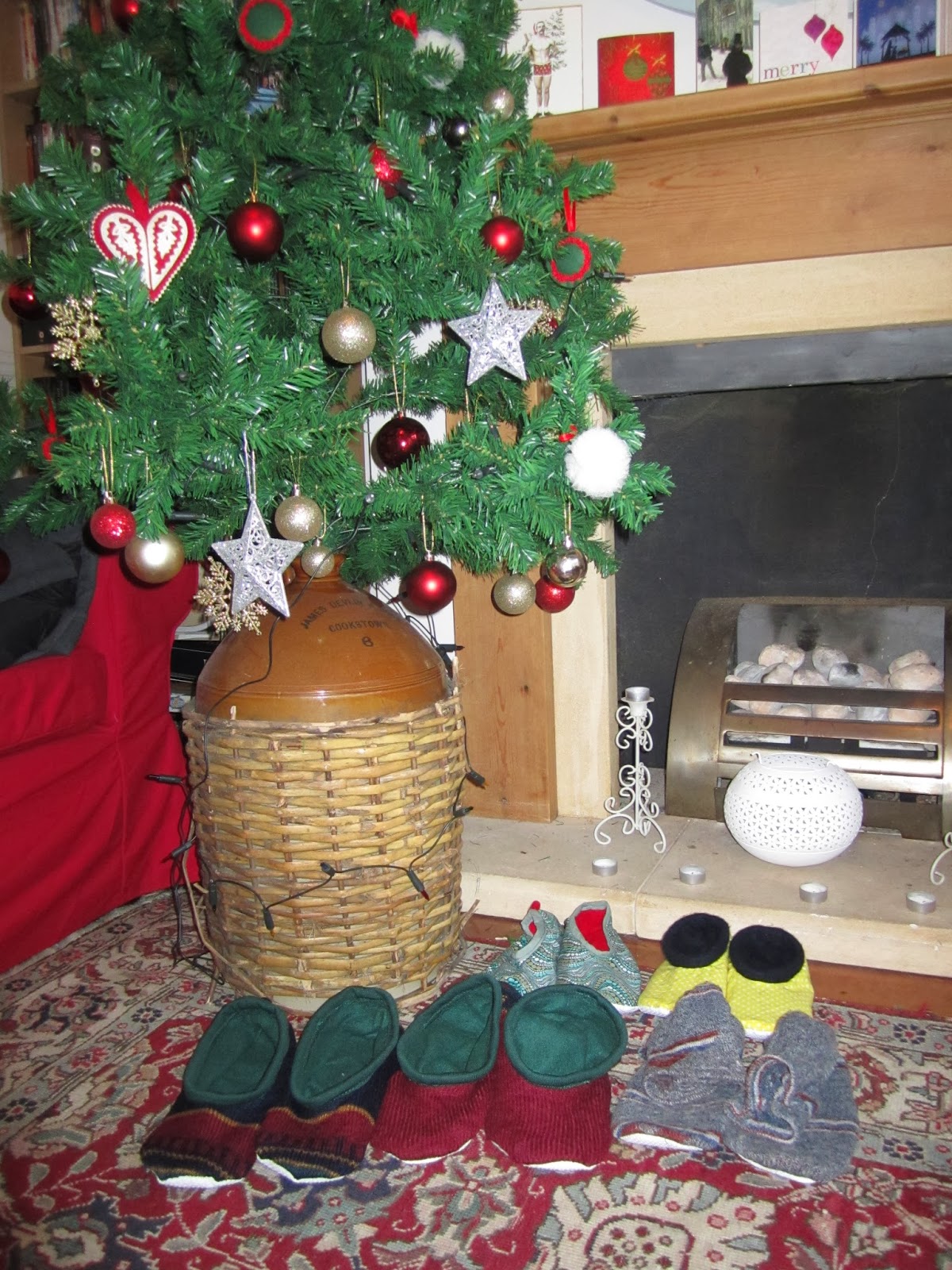 These were all made from old jumpers that my dad had donated to me or bits and pieces that I had in my stash.  However they were a slightly varying success.  The grey ones were the biggest success, they fit my sister perfectly and she loves them.  They were made using this pattern from fibresandtwigs and I would recommend it.  This was the second of the fibresandtwigs patterns that I've used (the first being the mitten one I used here) and I loved both of them.  However for the others I used a third fibresandtwigs pattern which did not work so well the green ones worked fine and were a bit tight for the size that they were meant to be, but the yellow ones which are supposed be the same size came out REALLY small, not quite sure how this happened!  Also I found that this pattern did not run big enough for some of the men in my life and in scaling up the pattern I made some errors which meant that the boys were less content with their gifts than I would have liked.  Totally going with the "it was the thought that counts" ethos with some of these.

The slipper boot pattern will definitely be used again though (hopefully for me this time when my current slippers give up the ghost). Its such a comfy, cosy make but it does use a fair amount of fabric so be warned if you are hoping to eek out some old jumpers.  On the other hand these would work with any fleecy fabric too, so you aren't limited to recycled fabrics, you could mix and match.

I discovered a new product in all of my slipper making: jiffy grip fabric!  Its so cool and the kind of stuff that you get on the bottom of slippers usually.  I really wanted to use this as I think its important that slipping is minimised in slippers (despite the name), I'm enough of klutz anyway and don't need any other reasons to fall over.  It was harder than I thought to find this in the UK but I bought mine here. You can also get super cute little stick-on feet that do the same job, see here.

I hope all of your feet are warm and toasty!
at 16:31
Email ThisBlogThis!Share to TwitterShare to FacebookShare to Pinterest