Getting my sewjo back

Hi anyone who is still reading these pages, its been a long time since I had anything to say here.  I’ve had a fairly insane 6 months or so, I finished my doctorate, went travelling (to Japan, I may blog about this later because I bought a lot of fabric), started a new job and moved house!!! It was all pretty intense and all my sewing stuff was in boxes for all of these months.  When I was away, this bothered me a lot less but when I got back I realised how much sewing had been part of my everyday life and there was a big hole there! It's felt so great these last few weeks to be able to do some actual sewing rather than just imagining I'm sewing which is all I've been doing for the last few months.  I found that really stressful as I was creating all these projects in my head and couldn't achieve any of them! 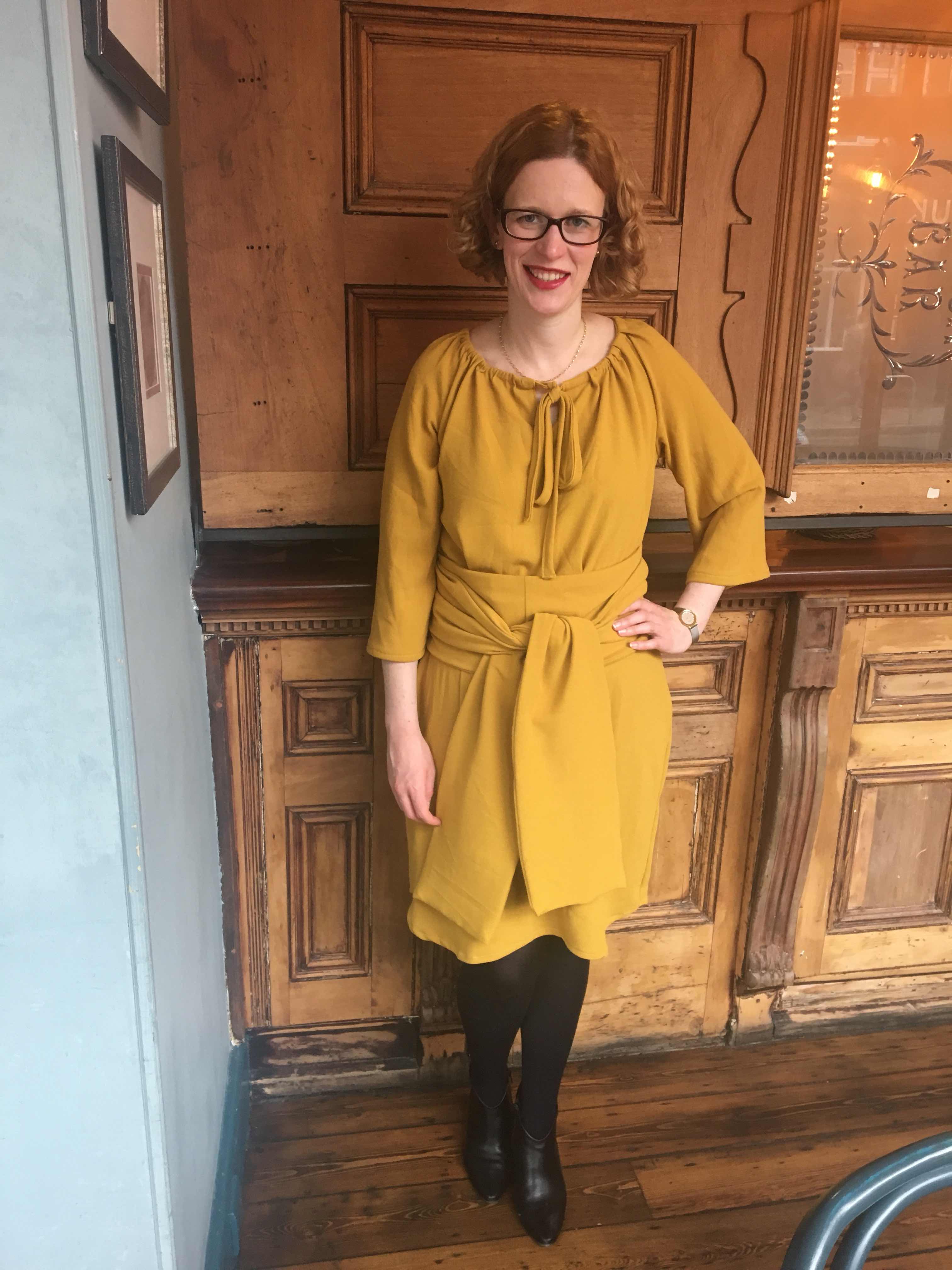 However, some stuff has come out of boxes and I have been able to put together some bits and pieces over the last month and I thought I’d relaunch my blogging with my latest Sewcrafty design team project.  When the lovely Sewcrafty ladies reached out at the beginning of the year to see if I still wanted to be part of the team this year, I obviously said yes, despite the fact that at this point my sewing machine was still in a box!  Clearly the practical part of my brain shuts down around any sewing related decisions-obviously this is what happens any time I see a new pattern or go fabric shopping as well! 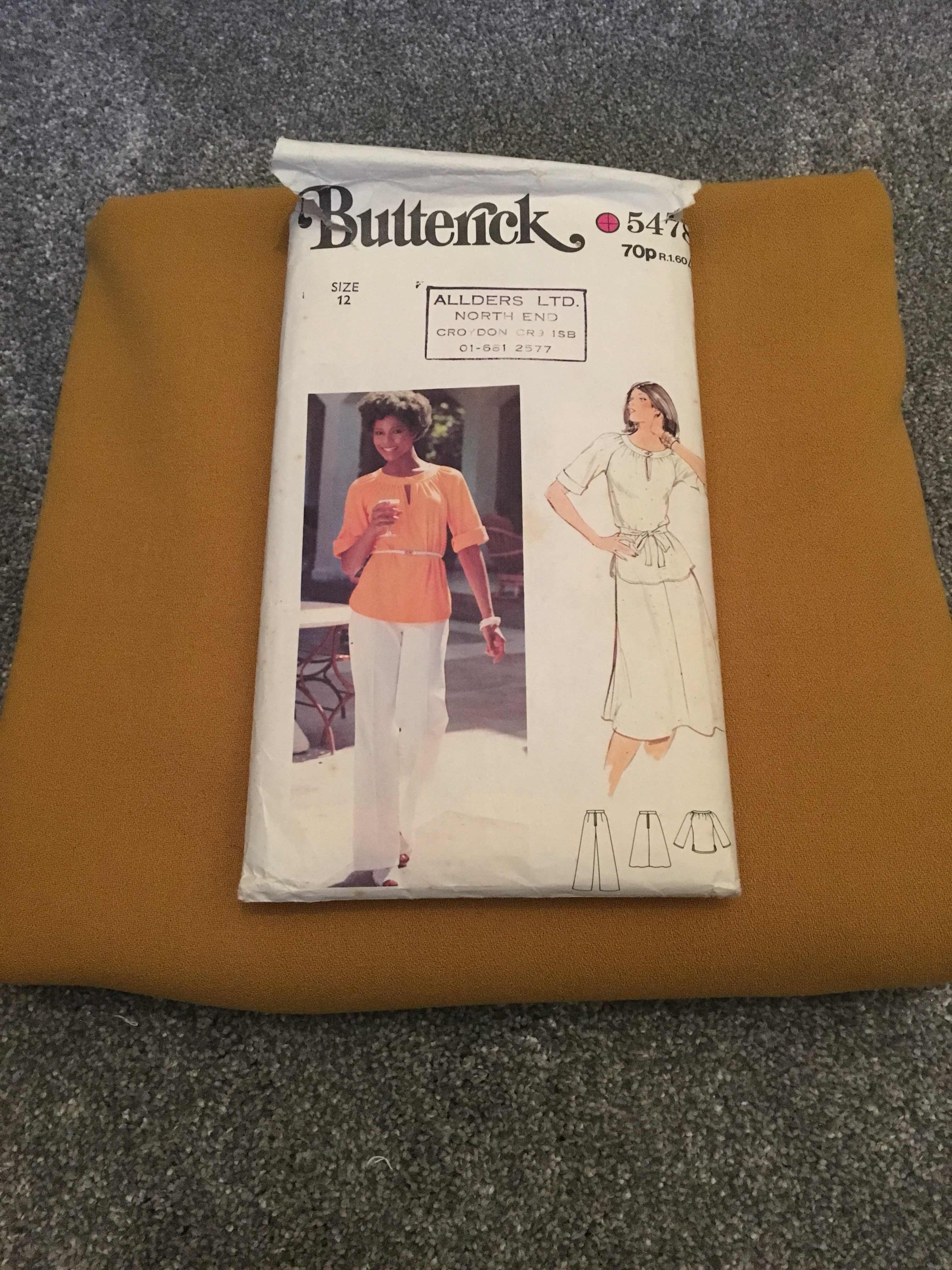 Anyway as Sewcrafty had this gorgeous poly-viscose mustard crepe in stock I decided this was what I was going to use for my first project.  This is a bit of a departure from my usual fabric choice, I usually pick natural fibres and lean towards ALL THE PATTERNS.  However, I really liked the colour and I think my wardrobe would benefit from a few items in a solid colour.  I did not regret my fabric choice, this fabric was such a dream to work with, quite stable but lovely and spongy so stitches, even my awful hand stitches, just sunk in.
I used Butterick 5478 top pattern, from the 1970s, as my base because I had made it before and thought it would work well lengthened into a dress.  I also keep seeing dresses with big belt details around and have been wanting to make one for a while.  A lot of dresses in Japan were like this, I guess inspired by the Obis worn with Kimonos which were really beautiful.  I made mine by doubling the width and length of the pattern belt and I interfaced the whole thing as I wanted it to have quite a bit of body and dramatic folds. 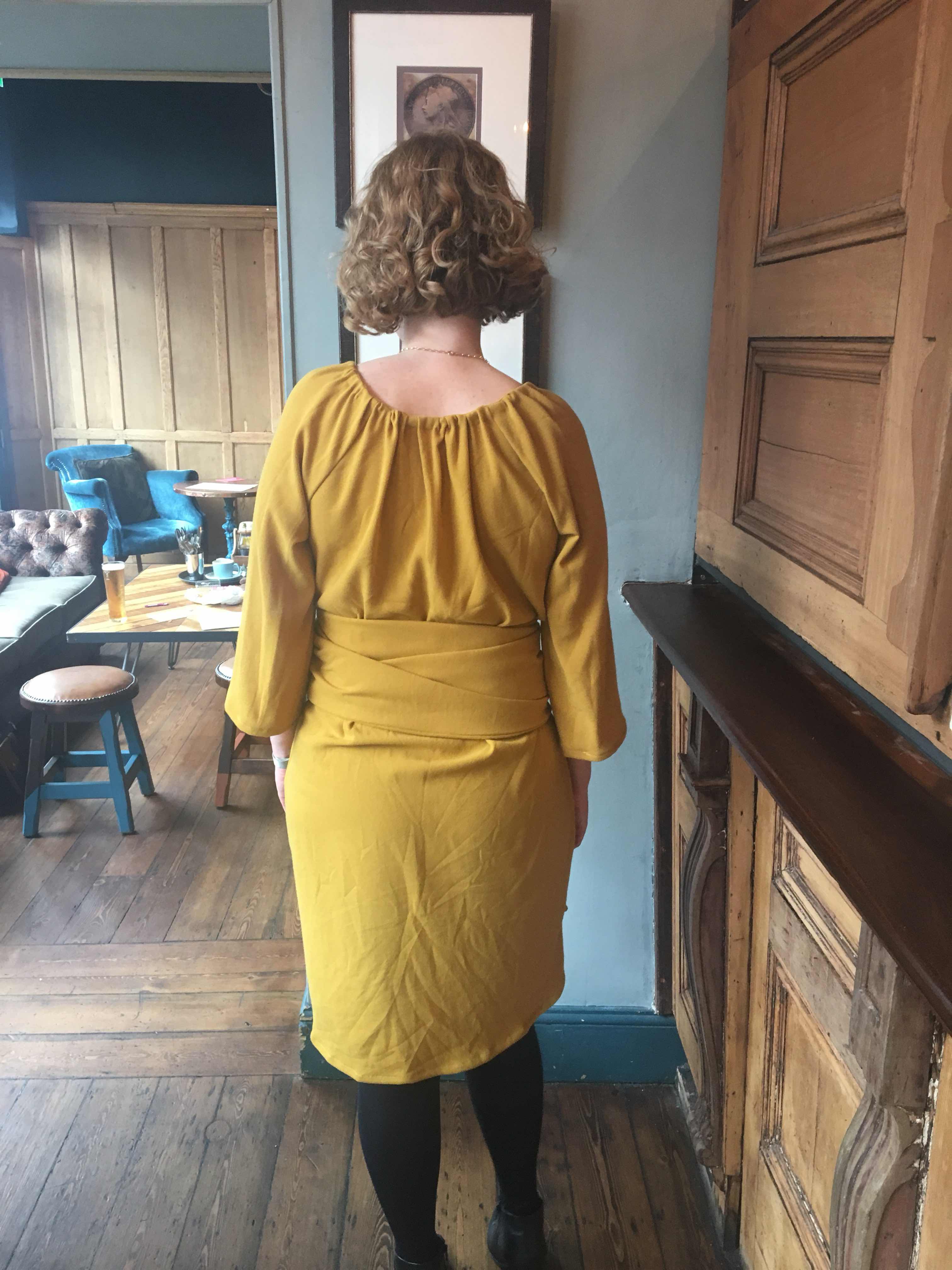 The construction of the dress was all fine except for the collar/neckline which I somehow managed to completely fluff, twice!  I think I may be a bit jinxed with this pattern as last time I made it (in a cotton and silk blend) I managed to melt it by getting bleach on it, literally seconds after I had finished making it! Anyway after I had failed to make a functional collar twice and had a series of major swearing sessions, I decided to make a change and make some bias binding to finish the neckline and create some tie closures. 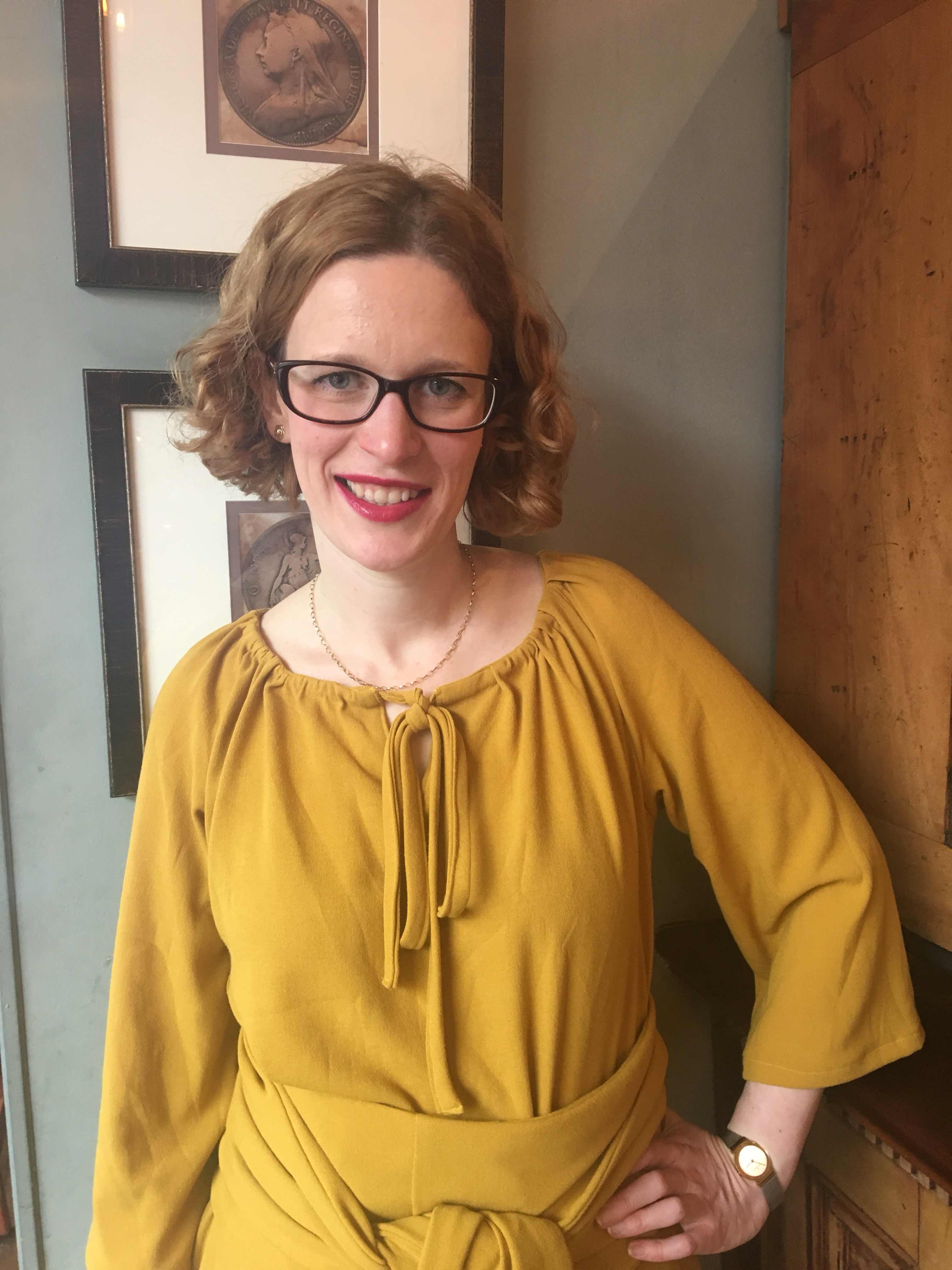 In the end, I'm really pleased with this dress and I love the fact that I feel like I'm returning to sewing and blogging with such a 'me' dress.  Even if there are no patterns in sight, the 1970s style means I'm at least sticking true to form!  Also having worn this dress a few times, I don't find it's as sweaty as other poly fabrics so maybe there's just the right amount of viscose in there to allow it to breathe.  Perhaps I shouldn't be quite so prejudiced against all poly fabrics!  Actually Sew Crafty also have this fabric in a wine red as well and I'm quite tempted to get some of that too!
A big thanks to my lovely friend Dominika for taking the photos!  I'd forgotten how annoying I find getting blog photos and she was so good at ensuring she had taken some decent shots, in good lighting and that I didn't have my eyes shut in all of them! Thanks for reading.


*The fabric was supplied to me free of charge by Sew Crafty, all opinions are my own.﻿

at 14:59
Email ThisBlogThis!Share to TwitterShare to FacebookShare to Pinterest
Labels: back to sewing, getting my sewjo back, Sew crafty design team, vintage pattern pledge